Sinj – Klis – the Island of Brač 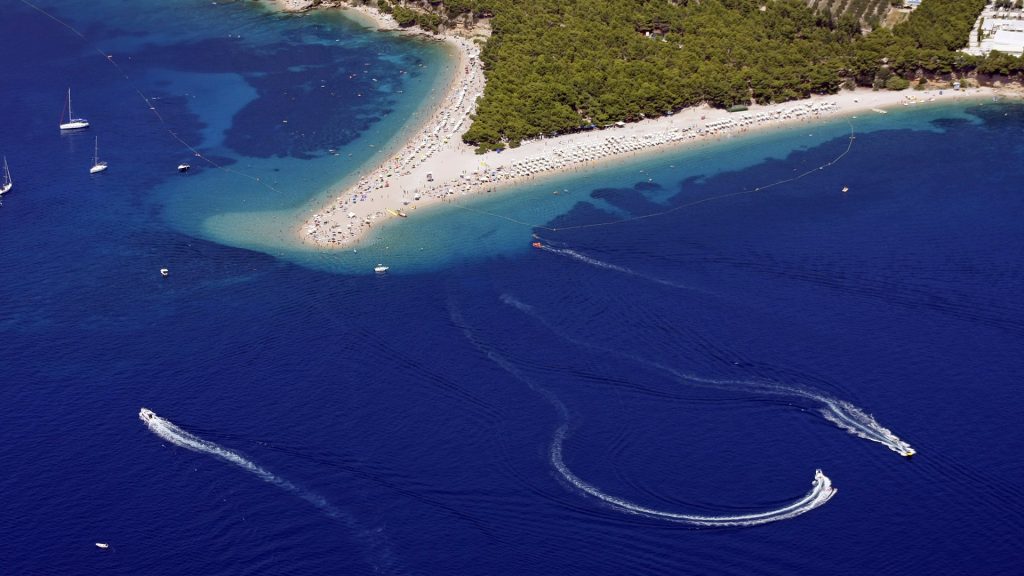 Day 1: KOPRIVNICA – SINJ – KLIS – SPLIT – Island of Brač, SUPETAR
Departure by bus from Koprivnica, in early morning hours. A comfortable drive to Sinj with frequent stops along the way. Upon arrival at Sinj, the administrative centre and the largest settlement of the Cetina Krajina region, you are going to visit the town’s rich cultural heritage including: the Church of the Miraculous Madonna of Sinj, the Alka Knights Court and Museum and the Franciscan Archaeological Collection, all accompanied by a professional guide. After sightseeing, you will be given a short break. The next stop is Klis, where lunch will be served at a local restaurant. After lunch, another short break and a drive towards Split. In Split, some free time exploring the ancient Roman city till boarding the ferry and sailing to the town of Supetar on the Island of Brač. Upon arrival at Supetar, accommodation in hotel resort ***. Overnight stay.

Day 2: SUPETAR, a tour of the eastern part of the island of Brač
Breakfast. After breakfast, we embark on a sightseeing tour of the ancient town of Supetar: The tour includes the Church of the Annunciation of Mary from the 18th century, Leroj (clock tower), the church museum, the artworks of the sculptor Petar Jakšić, the Supetar cemetery (artworks of sculptor Ivan Rendić), the Petrinović Family Mausoleum (the most famous work of sculptor Tomo Rosandić).
After the tour, a short bus ride to the eastern part of the island. The first stop is Splitska (antique relief of Hercules carved in stone, the Church of the Holy Virgin Mary in Stomorena, the Cerinić family castle from 1577) - Škrip (the Church of the Holy Spirit, the Island of Brač Museum,the Museum of Olive Oil, etc.). The next stop is Gornji Humac (Our Lady's Church at the pre-Romanesque basilica with triptych from the master workshop of Nikola Firentinac, and the Baroque Church of St. Nicholas - the relief of Juraj Dalmatinac on the southern wall). A further stop is Selca (mentioned in the manuscript “Poveljska Listina”, the oldest document written in the Croatian Cyrillic alphabet dating from 1184, the Parish Church of Christ the King, in its apse is Meštrović’s Statue of the Heart of Jesus, a monument to the Pope John Paul II, a monument to Lav Nikolajevic Tolstoy, an open gallery filled with busts of Franjo Tuđman, Hans Dietrich Genscher and Alois Mock) –Sumartin, a place founded during the Kandija war (around 1645) is today a modern port town. On the return journey, a visit to Dol (medieval churches of St. Peter, St. Michael, St. Barbara, the fortified late-Renaissance and Baroque manor of the family Gospodnetić). Dinner at about 8 pm in the pleasant atmosphere of a traditional Brač tavern with the must-taste dessert, the traditional cake "Hrapoćuša". After diner, return to the hotel. Overnight stay.

Day 3: ISLAND OF BRAČ, trip to Vidova Gora and Bol – a tour of the southern part of the island of Brač
Breakfast. After breakfast, a bus drive to the southern part of the island with visits to Vidova Gora and Bol. A stop at Nerežišća (Gothic building of the Garafulić family, Baroque building of the Harašić family, monumental parish church with a prominent belfry from the 13th century). A short drive to Vidova Gora, which offers a breath-taking view of the Hvar Channel, Middle Dalmatian islands, the town Bol and Zlatni rat (the Golden Cape Beach). Upon arrival at Bol, a town on the southern side of the island, a visit to the Dominican Monastery in addition to the Gothic Renaissance Church of Our Lady of Mercy, the Pre-Romanesque Church of St. Teodora and an elaborate museum collection; a tour of the historical town centre and free time for swimming in the pristine Adriatic and relax at the famous Golden Cape Beach.
We can arrange a visit to the Hermitage Blaca with a tour of the monastery, art collection and library (upon prior registration and extra charge, the tour takes about 3 hours and starts immediately upon arrival at Bol, during which time others visit the town of Bol).
At a scheduled time return from Bol. Occasional stops on the way and sightseeing of Pučišća (the Stone Mason School, the Baroque Parish Church of St. Jerome built by Ignac Macanović, the Renaissance Church of the Blessed Virgin Mary in Batak, the Medieval St. George in Vela Bračuta, the newly reconstructed St. Stephen's Early Christian Church in Stipanska Luka) - Postire (the Parish Church of St. John the Baptist from the 16th century, the archaeological site Mirje with the remains of a late antique villa; and east of Postira is Lovrečina Bay, with its unique sandy beaches, where well preserved remnants of the early Christian sacral assembly of St. Lovre are displayed as an archaeological park, and the Benedictine Monastery with the Church of St. Stephen stands on the eastern side. Return to the hotel. Brief rest. Dinner. After dinner, leisure time. Overnight stay.

Day 4: TRIP to the western part of the Island of Brač, SPLIT - KOPRIVNICA.
Breakfast. Check-out from the hotel. Around 9 am a tour of the western side of the island of Brač: Mirca (Church of the Visitation of Mary) - Sutivan (Kaštil, a Baroque summer villa with garden and park designed by the poet from Split, Jerolim Kavanjin, the Church of St. John, the Parish Church of Ascension, the Church of St. Rocco, the Castle Marijanović from the 17th century and a complex of houses owned by the families Definis and Ilić from the 16th century) - Milna (a harmonious settlement of citizen’s and fishermen's houses and a favourite destination for sailing enthusiasts, the Church of Our Lady of Annunciation, one of the most beautiful Baroque churches on Brač) - Bobovišća (summer villa belonging to the noble family Marinčević-Gligo in Renaissance-Baroque architecture, a complex of houses belonging to the Nazor family and St. George's Church) - Ložišća (a bell tower from 1889 designed by the sculptor Ivan Rendić, the Church of St. John and Paul and St. Mary - Stomorica) - Dračevica (a place famous for a large number of water wells and churches of the Immaculate Conception of the Virgin Mary and St. Cosmas and Damian) - Donji Humac (the Church of St. Elijah from the 10th century erected on the remains of a Roman mausoleum, the early Romanesque Church of St. Luke and the late-medieval church of the Holy Cross, the Parish Church stands at the site of a former church from the 10th century, dedicated to St. Fabian and Sebastian, and built by the famous Ignacio Macanović), return to Supetar, and boarding on the ferry Supetar - Split. Arrival at the ferry port Split and short bus drive to the local restaurant where an early dinner is planned. After dinner and a short break, return to Koprivnica with stops as required. Arrival home in late evening hours.

Price excludes:
entrance fees for all other sights not included above in “Price includes”;
food and drink not specified in the programme;
voluntary donations; boat trip to Hermitage Blaca + entrance fee and guided tour of museum (HRK 125 per person for at least 25 registered persons);
personal order expenses.

Travel insurance recommended.
Programme is based on at least 45 persons.
In the case of a smaller number of registered persons or changes in calculation elements, the Travel Agency Koncept putovanja reserves the right to adjust prices, accordingly.
Applicable provisions: Travel Contract and General Conditions and Directions for Tourist Arrangements of Koncept putovanje. KP0117